Michel Foucault‘s first lecture of 1982 is on January 6th 1982 at the College de France. The entire lecture-course’s transcription is later to become the material of a single publication. The book is  “The Hermeneutics of the Subject: Lectures at the Collège de France 1981-1982”. January 6th 2022 marks forty years since the beginning of such an important seminar.

The course on the hermeneutics of the subject is of great relevance for us. In fact, it is one of the French philosopher’s works in which he best explains what is the <CARE OF SELF> culture during the period of antiquity, beginning with Sokrates (Socrates). All along the 24 lectures of 1982, Foucault focuses on the most salient philosophical movements of Ancient Greece and Imperial Rome. In short, he details the transformation of the <CARE OF SELF> from a notion whose recipients were young people of the highest classes (pupils to train in order for them to be ready to govern) to a much more widespread culture for everybody, more or less. 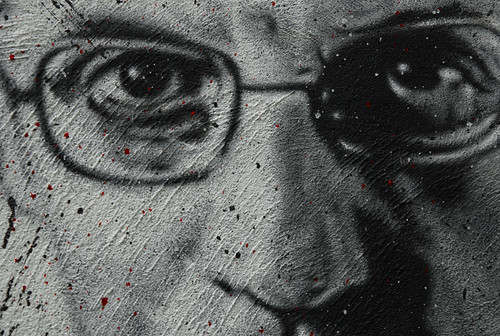 “Michel Foucault, painted portrait DDC_7450.jpg” by Abode of Chaos is licensed under CC BY 2.0

Michel Foucault research on all the themes and topics ascribable to the <CARE OF SELF> philosophy are among our cultural treasures. In fact, the intention of this website is to value and revive attitudes and behaviours of SOBRIETY that were popular with some philosophers of ancient times.

For all of these reasons (and many others) Michel Foucault’s first lecture of 1982 is a date to remember. We suggest it would be nice to celebrate it with some good readings.